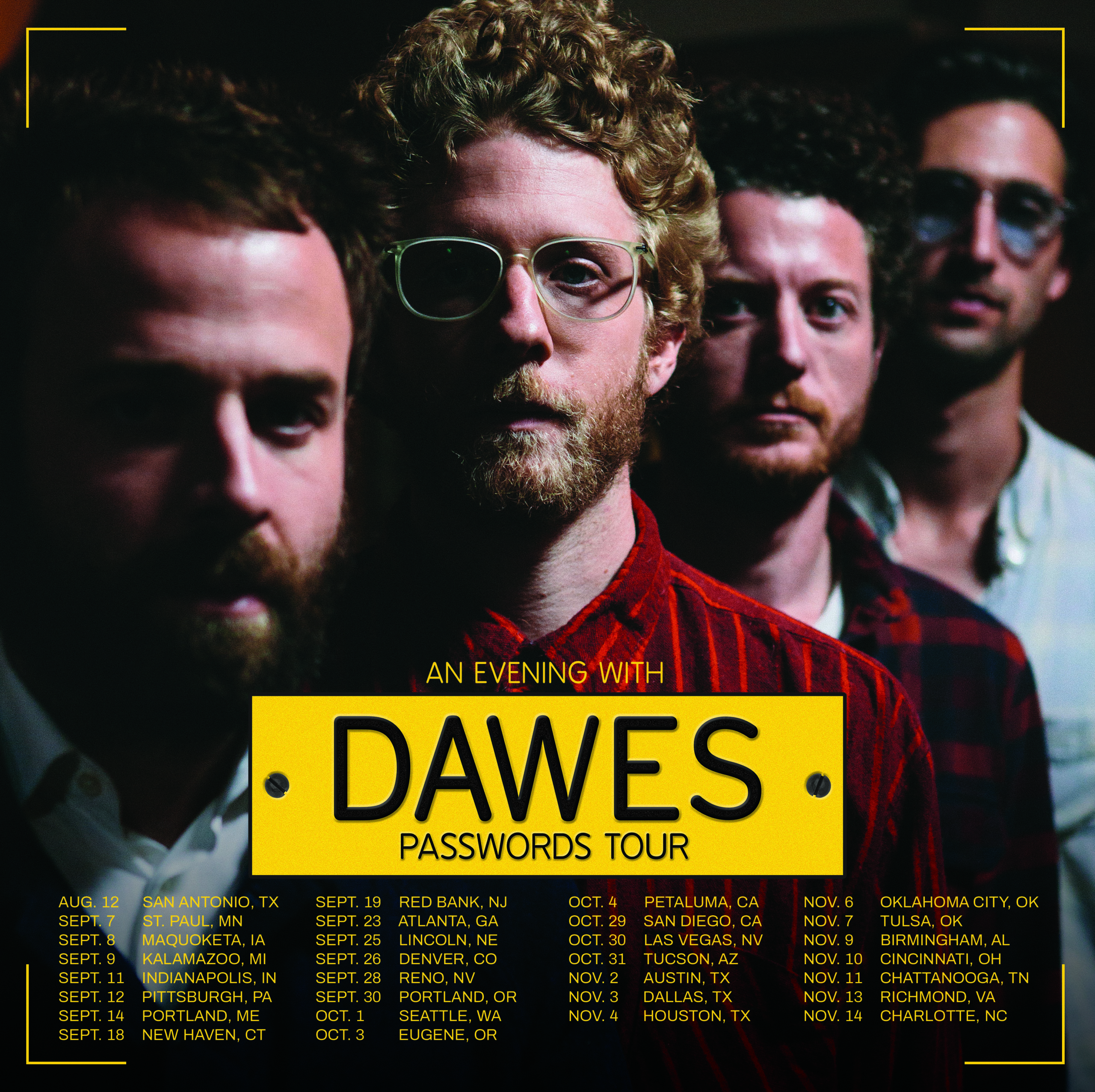 Dawes have announced the An Evening With Dawes: Passwords Tour, starting this August and going through November.

The Dawes Community pre-sale begins now. You can access the pre-sale password by joining the community HERE, logging in, and heading to NEWS. General tickets are on sale Friday, June 8 at 10am local time HERE.

Every online ticket purchase for An Evening With Dawes show comes with your choice of a physical CD or digital copy of Dawes’ upcoming album Passwords. Instructions on how to redeem your copy will be sent via email within 14 business days of your purchase. Offer not valid on re-sale tickets. 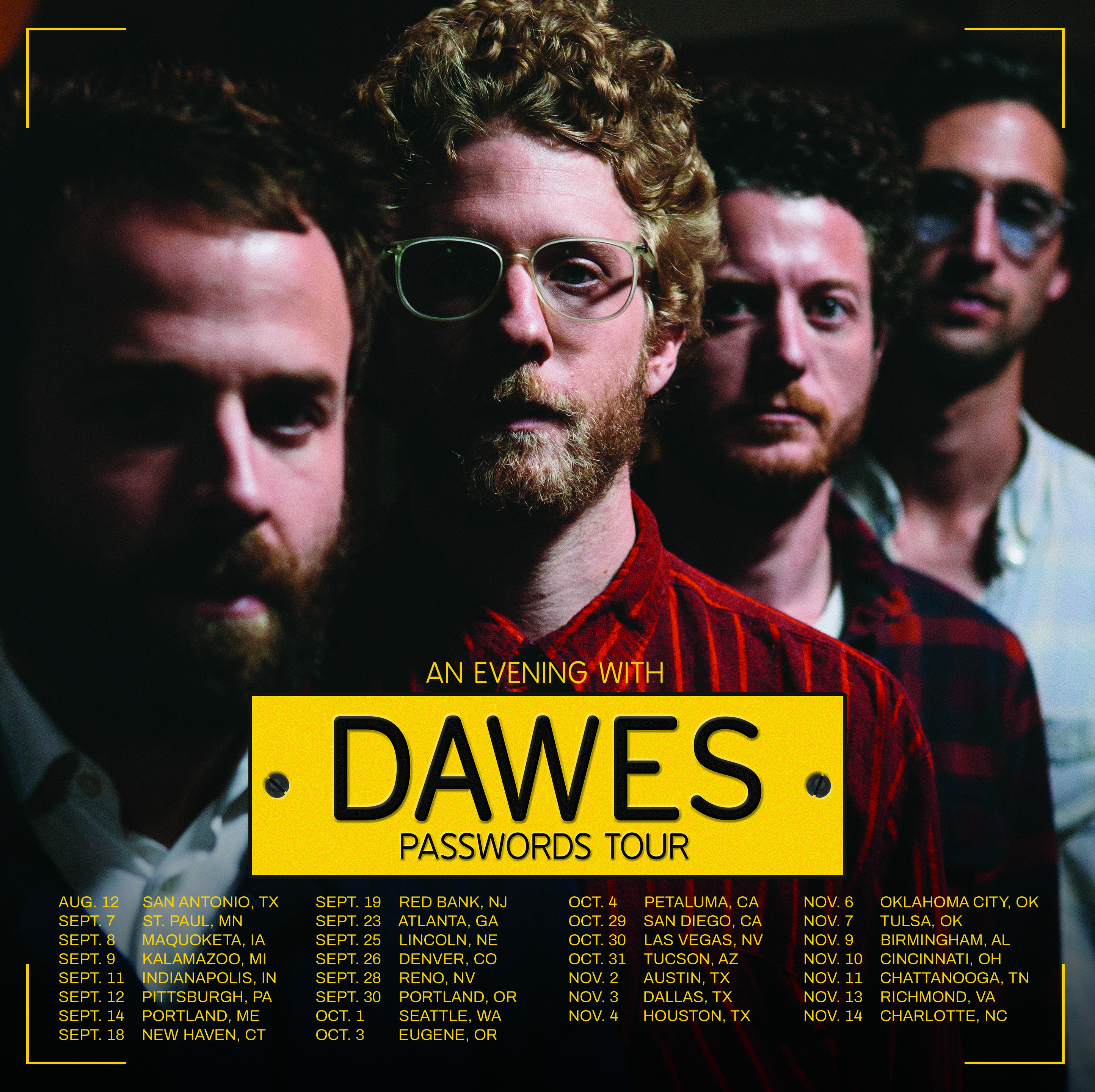