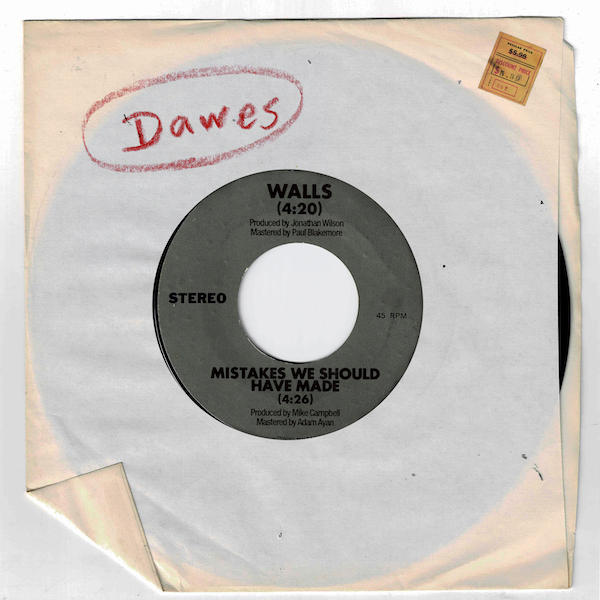 From the Bullpen #6 (LISTEN HERE)

Last year we were asked to contribute to Tom Petty’s 70th Birthday Bash hosted by Sirius XM. We chose to record his tune Walls from the She’s The One soundtrack. That final verse – “Some things are over / Some things go on / Part of me you carry / Part of me is gone” – had brought me to tears on several occasions after his passing in the new unintended context I was hearing it in. His songs have such an incredible ability to be about everything at once and this was always one of my favorite examples (He’s also the king of the third verse if you really look into it – Insider, Walls, Free Fallin’ etc. – I promise, it bears out). On the original recording Lindsey Buckingham does all the insane background vocal layering, so in that same spirit we invited our buddy Mike Viola to join in on it and go nuts. It’s my favorite part of the recording for sure.

We never crossed paths with Petty himself but got close with Benmont Tench over the years (he’s even playing organ on a few songs on Nothing Is Wrong) and at some point in 2017 we cut this mighty version of Mistakes We Should Have Made with Mike Campbell in the producer’s chair. We even got to cut it at his home studio where they made most of not all of Full Moon Fever…

Anyway, we thought these two songs together could be a bit of a two-part hat tip to Petty and the Heartbreakers. What they’ve given us, what they’ve meant to us and what they still mean to us could never be fully expressed. We’ll always have deepest of gratitude….

Hope you all enjoy!